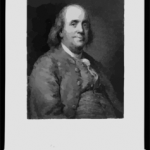 Ever since he became early America’s version of a rock star, Ben Franklin’s thirteen Virtues and their corresponding Habits have become legendary, and in crafting the schedule for my first 90 day plan, I decided I could tweak the grand gentleman’s methodology to fit my own goals.

Basically, Ben believed that it takes 21 days to create a habit and that any goal can be achieved if the Steps required to reach that goal become a firmly ingrained Habit.

“We are what we repeatedly do. Excellence then, is not an act, but a habit.” – Aristotle

Now I don’t know about you, but the idea of trying to create a habit for each of my goals is enough to make my eyes cross.

With goals that run the gamut from losing 25lbs to learning to manage my own investments, from cutting out wheat to creating a global online empire, the thought of tackling them all at once is just way too overwhelming. I know myself well enough to know that I would end up frazzled, crabby and my family would be begging me to return to the ‘old ways’.

The list of goals was easy ~ after all, it’s January. However, I’m now much more focused on the Intentions behind those Goals and the Feelings that achieving them will bring about and whatever new Habit I set needed to cater to this.

Creating a Habit (or several) for each goal was relatively easy. I want to lose 25lbs so I need to:-

(On previous occasions, I’ve tried doing ALL of those at once and not only did I nearly killed myself in the process but I always ended up exactly where I was before, feeling frustrated and disappointed in my “lack of willpower”!)

But Here’s the Key! Here’s the secret to the success of this method ~

focus on the one Habit that will have the greatest impact Now.

“Successful people are simply those with successful habits.” ~ Brian Tracy

For me, “Not Eating After Dinner” was a no brainer since I tend to graze mindlessly while I’m blog-surfing or watching football and can put away more than half of my daily calorie allowance in one bag of chips! I knew that that habit alone would not only speed me toward my weight-loss goal, but give me that Feeling of being In Control that my usually distracted soul so desperately craves.

And my newly adopted Business-Habit (DO NOT open Facebook or Skype until one piece of content has been written) has already had a  Huge impact on my productivity. The Intention here is much the same ~ to feel Powerful and In Control, rather than buffeted by the randomness of the day’s demands and other people’s expectations.

By the end of January, I believe that these two new habits will be so firmly entrenched that they’ve become second nature. Then I will revisit my goals and choose two more habits to focus on and add them to the previous ones.

Incremental Progress. Baby steps. No Overwhelm. By the end of the year I’ll have 12 Brand New Habits that

“The chains of habit are generally too small to be felt until they are too strong to be broken.” ~Samuel Johnson

Whatever your goals are, dear heart,  there is almost always a fairly obvious Action that, if done regularly, would propel you toward that goal.

That’s really all a habit is ~ action taken regularly ~ and I bet that if I asked you, you could probably tell me what you should be doing to get where you want to be.

The trouble is we try to do it all at once and get so swamped  that we end up giving up on everything and back where we started.

Just focusing on One Habit At A Time, for a period of at least 21 days (a month is easier to track) creates a momentum of success.

Even my favorite author agrees with me …

“I never could have done what I have done without the habits of punctuality, order, and diligence,

without the determination to concentrate myself on one subject at a time.”
~ Charles Dickens

So dahlings, does this make sense to you?

Does this little ‘life hack’ make that goal list seem a bit less daunting? I do hope so.

Can you think of ONE habit that, if you started it today, would make a vast difference in your success?

I’d love to hear about it in the comments below, and do remember that if you found this useful, your friends might too, and I’d love you to share it with the Tweet or Facebook buttons below.

Bliss-ings, scrumptious ones, and here’s to good Habits and a wildly successful 2011.

The Goddess known as Jacqui