This will be my fifth time in seven years.

When you move your outsides, your insides move too.
Always.
But when you do it deliberate, strategic focus, a house move becomes self-actualization.

During my next move – between March 1st and April 30th, 2019 – I’m going to let y’all watch while I write/elaborate/document everything that goes into moving house, with gumption, glamour and grace. *grins

If you’re in the middle of a move, or planning to in the next 6 months or so, this is gonna help enormously.

So much, but here’s the gist so far. I’m going to teach y’all about:

This includes the two months of group coaching/activities/backstage pass, plus the program itself, which will be sold for $30.

You’ll get that when it launches.

Hit the beautifully handcrafted button below.
It’ll take you to my Paypal.me page. You don’t have to have a Paypal account, btw.

It makes no difference to me whether you do it in one or two payments. Truly. Do whatever feels most sovereign and comfortable for you. Just remember it’s a two month commitment to receive the program for free when it’s launched.

I’ll put a reminder in the group for the second installment a few days before it’s due on April 1st.

As soon the notification lands in my inbox, I’ll add you to the Next Next-ing HQ group on FB,
with much squeee-ing of delight that you’ll be there!!

You’ll get confirmation from Paypal as well, of course. 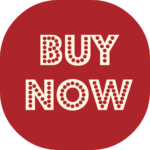