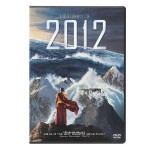 We are just over 4 months away from the most momentous New Year Date since Y2K, dear hearts, and everywhere you look there’s talk of impending doom and apocalyptic disaster.

Sony Pictures even made a movie about it.
I haven’t seen it yet but I hear it’s spectacular,
and tends to make one want to rush out and start digging a bunker in the back yard.

But do you remember all the hoopla over Y2K?

It was precisely because of the (mostly) media-generated fear and panic about computers crashing and the resulting shutdowns, meltdowns and chaos, that drove the US to do a massive recruitment drive overseas for additional computer professionals.

Which is why our little family was able to move to Minnesota from South Africa in 1998.

Out of impending disaster, we made our fortune.

Just like thousands of others who made fortunes during the Great Depression and every war ever fought on this globe.

“It’s not the situation, but whether we react (negative) or respond (positive) to the situation that’s important.”
~ Zig Ziglar

And once again, the nation and globe is fixated on a momentous date.

The end of the Mayan calender.

The end of the world, according to some.

Well, this goddess is NOT GOING TO BUY INTO THAT!

Not the END of the world part, anyway.

I prefer to see it as a shift,
as a righting of balance,
a cyclical swing from the masculine energy that has ruled our planet till now,
to the more feminine protocol of nurturing and collaboration.

While I’m not going to be utterly naive and Pollyanna about all this,
or even downplay the tumultuous times that  are more than likely going to accompany this shift,
I am unswayed in my belief that Norman Vincent Peale was right when he said,

“In every difficult situation is potential value. Believe this, then begin looking for it.”

And that’s what I wanted to stress to you, darling heart.

That you can choose to RESPOND rather than React;
you can PREPARE rather than Panic;
and YOU, my dear capable wondrous reader,
have the absolute unquestionable power to create your own life.

This is what I’m choosing to believe.

Just like I chose to believe that moving to the US would be a luscious adventure ~
even though we only owned what we could pack into 8 suitcases and almost everybody said we were nuts.

“Your life will be no better than the plans you make
and the action you take.
You are the architect and builder
of your own life, fortune, destiny.”
~ Alfred A. Montepert

And that’s what I’m hoping you’ll do too, sweetheart.

“What the caterpillar calls the end, the rest of the world calls a butterfly.”
~ T. S. Eliot

PS If you liked this, and I so hope you did, please pass it on by clicking the Facebook and Twitter buttons and sharing it with your friends.

PPS If you’d like a dollop of lusciousness in your inbox three times a week, click here.